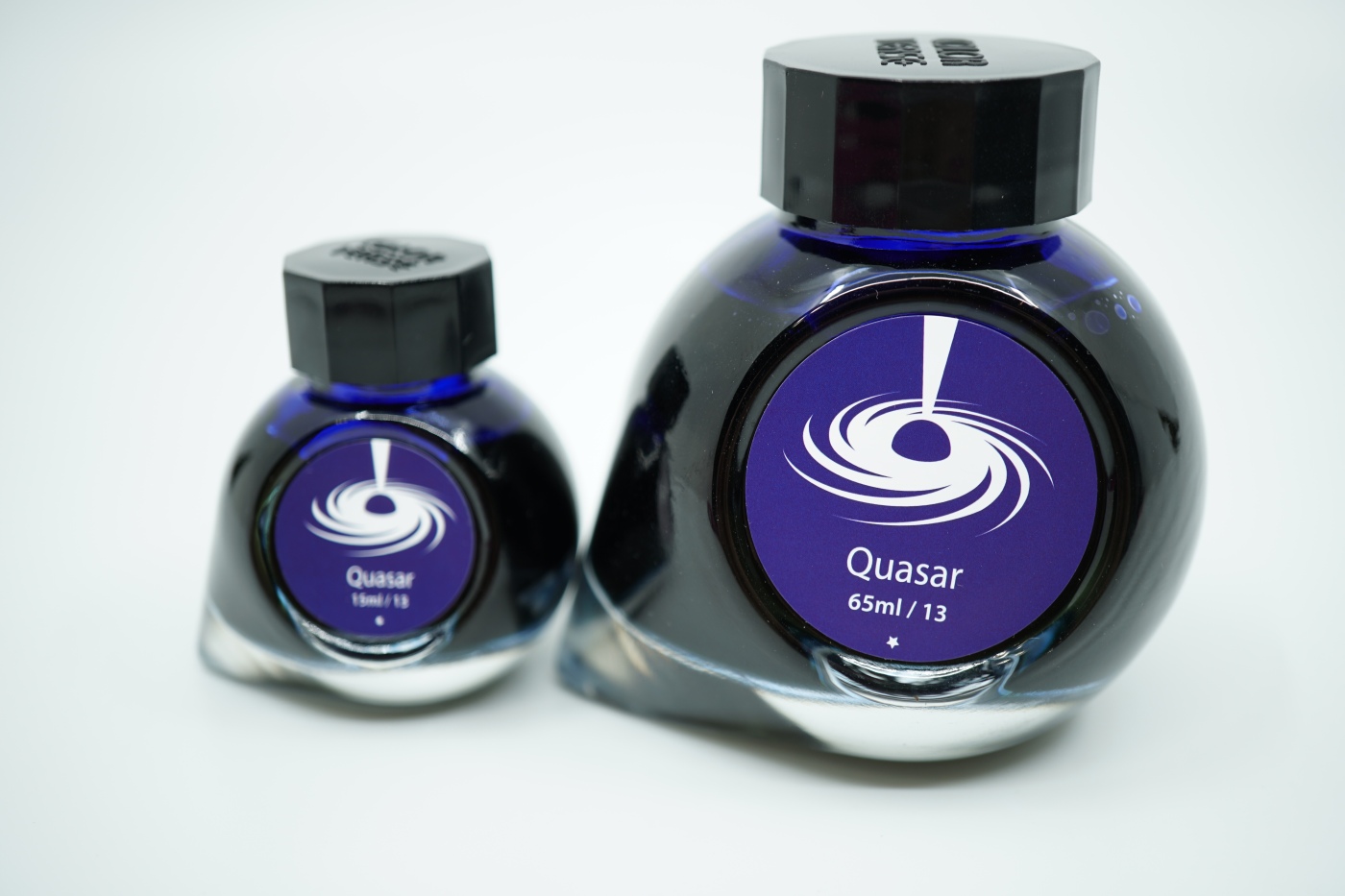 After pinks and purples, blue is definitely in the running for what I have the most of ink wise. I’m 99% certain that I’m drawn to this color because many of the blues have a gorgeous sheen. Usually red from what I’ve seen, but in some cases (like the ink I’m about to review) other results are possible!

I have to admit that Colorverse Quasar wasn’t high on my to try list. I was thinking that it would just be another blue with red, and while that would be gorgeous, I have a lot of inks in rotation that are similar. However, my first Sailor KOP came in and I noticed that the color looked like an exact match to this bottle. Had to test the combo…for science ^_^. 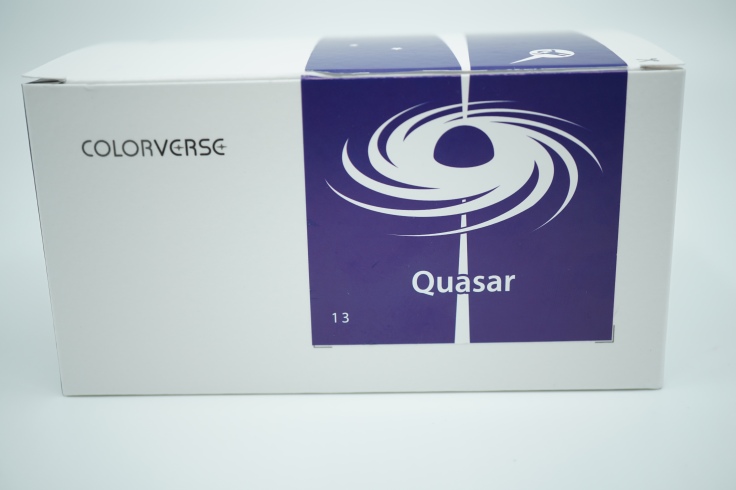 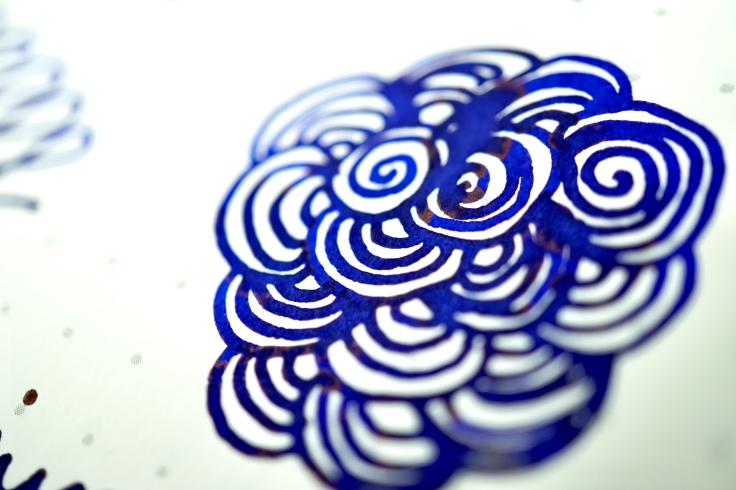 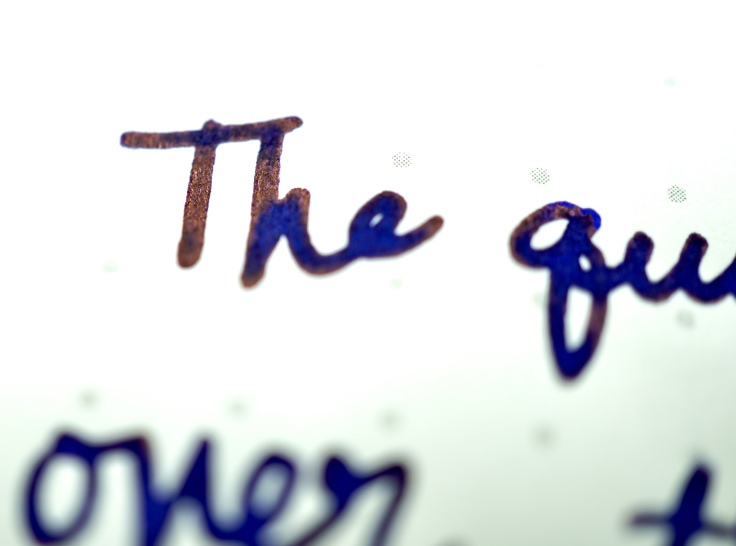 I was pleasantly surprised that the sheen on this blue was a beautiful copper/gold. There isn’t enough sheen for it to be considered a “base color sheen” ink, but there is definitely enough to be noticed even in regular writing. Flow wise I would rate this above average, but not gushing. The saturation is high enough to be used for just about anything, and I would even consider this a good daily ink if you want something a bit more interesting than a straight blue. Who doesn’t want a little sheen in their life?

If you’re interested in Colorverse inks, we now have them up on the Hippo Noto website: http://www.hipponoto.com, Seasons 2 and 3 are available for pre-order. The inks will be shipping to our warehouse next week ^_^, super exciting!

I leave you now with another photo of the Sailor KOP, when I received it I wanted to see if it had more purple tones so I put it under a light. And it did! 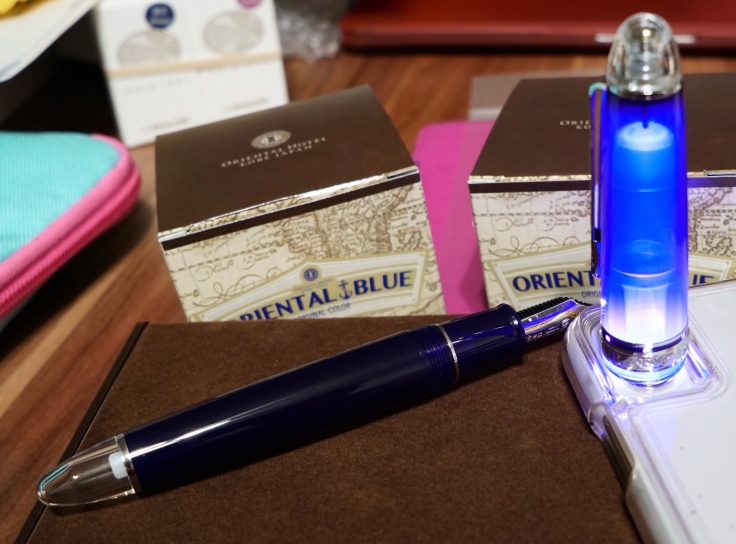 One thought on “Colorverse Quasar Review”