Up and coming ink brands are always really cool to check out, Krishna Ink has been on my radar for some time, but ordering them from India proved to be a bit of an issue. Luckily Ink Journal, a company that I have long been a fan of, brought in some Krishna ink for their Ink Flight series, and also had some individual bottles to sell. When I got the email about the bottles for sale, I jumped on them, and a few days later my dream of having a Krishna Ink bottle in my hands came true!

The bottle itself is quite small, 20ML. For comparison, I took a shot of it next to a bottle of Pilot Iroshizuku Yama-Budo. 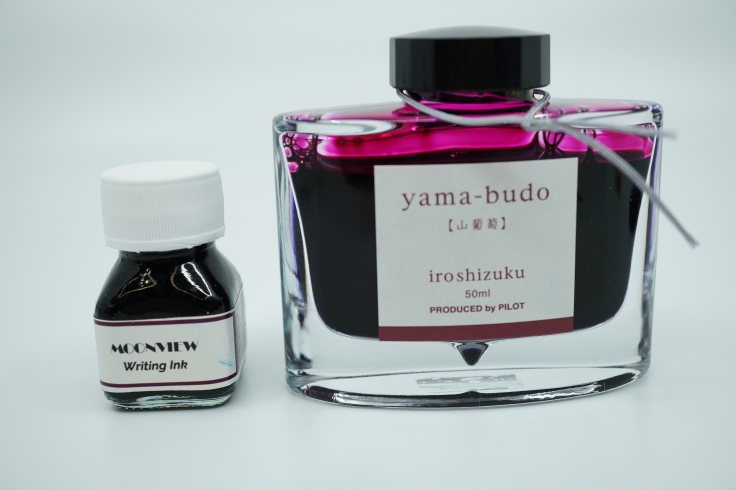 Tbh I am generally not a fan of tiny bottles despite their cuteness levels. 20ML is enough to get a good feel of the ink and many pages of writing though, so I can’t complain too much. For this review I decided to ink up a Sailor Nagasawa LE that hasn’t gotten much action lately.

Writing sample, used a couple of different lightings for the closeups as well. Theres totally #sheen! 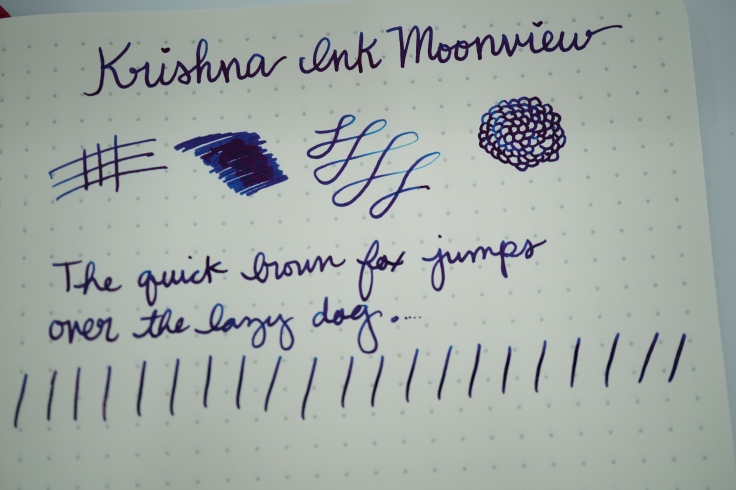 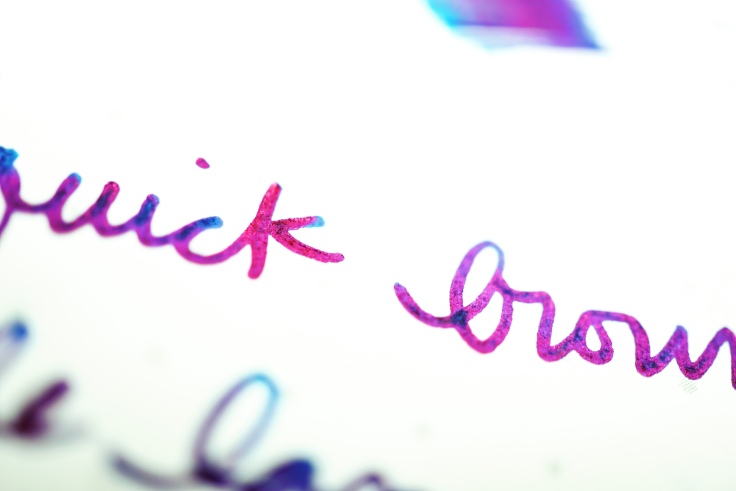 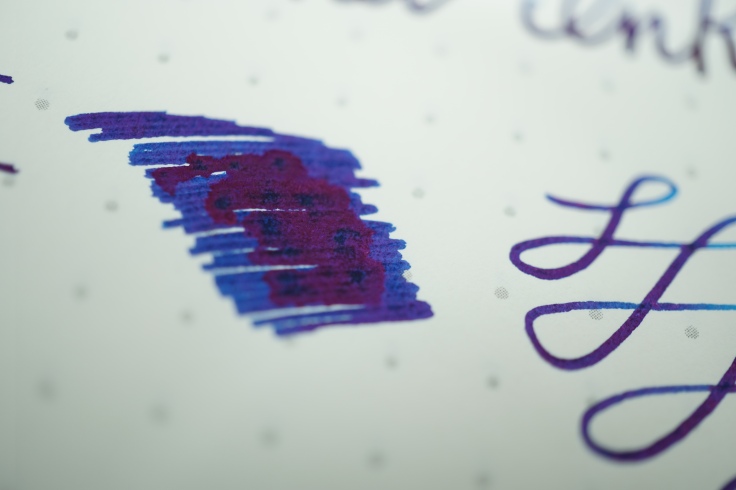 And of course I had to do a bit of comparison! For this I used OS Emerson, and IB Hakodate Twilight. 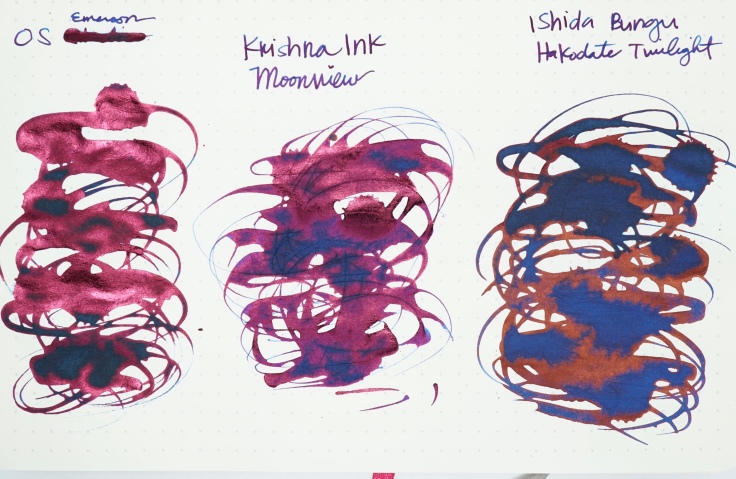 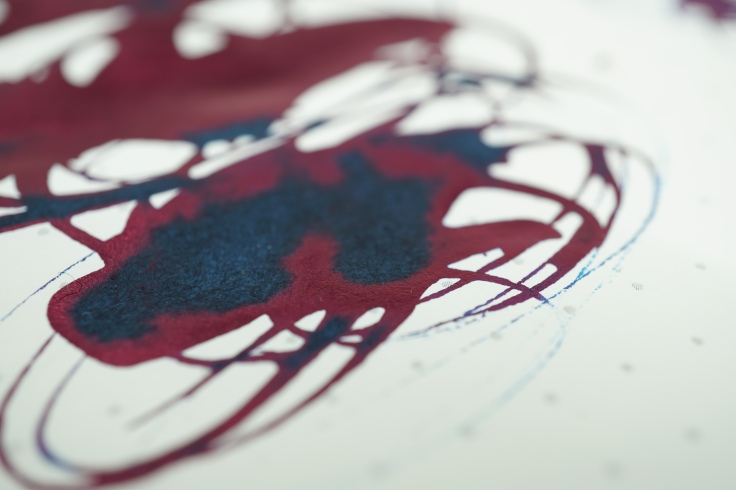 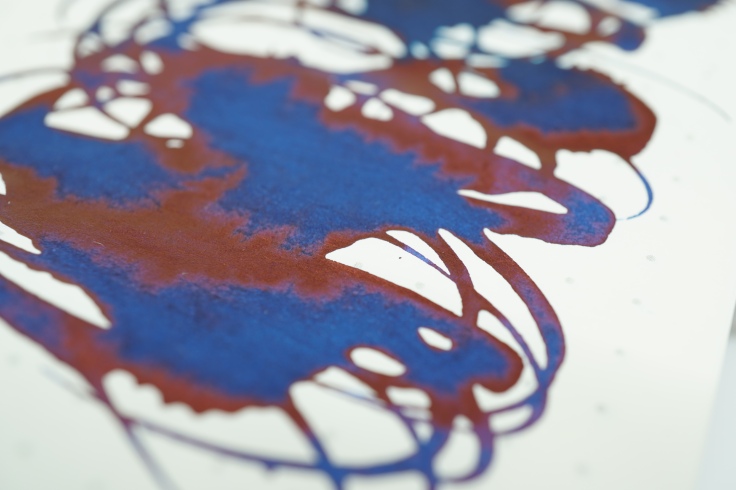 Well look at that sheen! This one can probably go in the “base color sheen” category ^_^. The blue base is gorgeous though. On second thought I should have used OS Studio Nitrogen, but didn’t think about that until these blobs were dry. Will experiment more with that later.

The ink has a very nice flow, even in the M nib Sailor. The ink has shading in the form of sheen in almost every letter, the sheen shades the characters instead of outlines them like some sheeners do. This color is a bit sticky though, similar to OS Nitrogen. The original blob I created stuck to the next page when the wind blew the book closed and I had to tear the page to break the two pages apart. With most inks this does not happen, but it shouldn’t be an issue unless you are planning to use a ton of ink on the page.

Have any inky resolutions? I’m still coming up with mine, and its almost the new year!

I leave you now with a closeup view of my Christmas pen ^_^. Happy Holidays everyone! 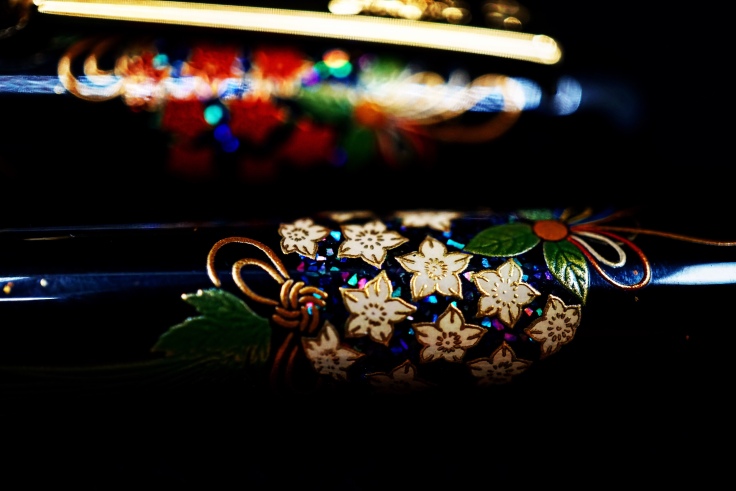